Aqueous film-forming foam, or AFFF, is the world’s most commonly used firefighting foam. It’s used to extinguish fires and prevent them from spreading. Unfortunately, this chemical can also have adverse effects on human health. People exposed to AFFF often complain of respiratory problems like asthma and chronic obstructive pulmonary disease (COPD). If you suspect that your health issues are related to exposure to AFFF, you may be able to file a worker’s compensation claim for those injuries.

Once you’ve established that your health issues were caused by aqueous film-forming foam, it’s time to file a lawsuit in court. If you’re filing against the government agency responsible for using AFFF, you’ll need to file your claim in federal court. It means you’ll be using a city or county government, but only if they used this particular substance and didn’t warn residents about its potential health risks.

Similarly, if you’re filing against the manufacturer of AFFF or any firefighting equipment, you will hear your case at the state level within its jurisdiction. For example, the AFFF Firefighting Foam Lawsuit helps firefighters. The AFFF lawsuit aims to fight against the manufacturers accountable for health issues caused to people due to the toxic substances called PFAS (poly-fluoroalkyl substances) it possesses. It leads to different types of cancer, like testicular cancer, pancreatic cancer, kidney cancer, and prostate cancer. The cases are increasing, and in the AFFF multidistrict litigation as of August 2022, approximately 2,500 plaintiffs with active firefighting foam cancer cases were involved.

When hiring a lawyer, ensure they have experience in this area. The lawyer should be able to help you with the whole process and explain things clearly when needed. This way, there won’t be any confusion about what’s happening and how to claim compensation for health issues caused by AFFF.

The lawyer should also be able to answer all your questions that might come up during the case. For example, sometimes it can be challenging for someone else to understand what exactly happened without having details explained or seeing evidence of their exposure firsthand, e.g., pictures.

In addition, they should get as much compensation as possible so that they don’t have trouble paying bills due to medical expenses. Also, other costs related to exposure-related health problems associated with AFFF usage at some point during active duty service.

Know the Statute of Limitations

If you have been injured, you may have a lawsuit against the manufacturer of the AFFF. However, before filing a case, it is essential to understand how long you have to file your claim. Every state has its statute of limitations (SOL). In California, for example, most personal injury claims must be filed within one year after an injury occurs. Or if the statute was more than one year old when they knew or should have known about their injuries.

Calculate the Amount of Compensation You Are Owed

It is important to note that these calculations are estimates only and may not reflect what would happen in court. Additionally, courts have different standards for determining how much money one should receive due to injuries sustained from AFFF exposure. Each case has unique characteristics that a simple online calculator cannot reflect.

As a rule of thumb, you should collect all the documents that prove the injury. Here is a list of documents you will need to gather:

File Your Claim Within Time Limits

It is important to note that filing your claim is a time limit. If you miss this deadline, the government may be unable to help you with your compensation request.

You can always file a claim late, but if it happens after the deadline has passed, there could be an issue. They will not be able to reimburse you for any medical expenses or other damages you have incurred due to your exposure to AFFF foam containing PFAS. This harmful substance, in 50 states and two territories, has been found in 2,858 places identified as PFAS-contaminated as of June 2022.

The best way to ensure you do not miss this important date is by keeping track of every bill and doctor’s appointment related to your illness. Also, keep them organized in one place when it comes time for submission. Then, everything will be ready and ready for review by the appropriate authorities specializing in such claims.

Negligence is a legal concept that means that a person has failed to act in the way that a reasonable person would have acted in the same circumstances. In other words, negligence occurs when someone does not take all reasonable precautions to protect others from harm or fails to act with proper care.

It’s important to note that negligence can be intentional or unintentional. For example, if a construction company were responsible for building your home and negligently installed faulty wiring. In addition, this caused an electrical fire that burned down your home. It would be considered intentional negligence. On the other hand, if you were driving down the road one day when another driver ran a stop sign and hit your vehicle because he wasn’t paying attention. Again, it would be unintentional negligence. However, he could still be held financially accountable.

You Can Claim Compensation for Health Issues Due to AFFF

Aqueous Film-Forming Foam, or AFFF, is a fire extinguishing substance. This foam is harmful, and when it comes in contact with the body, it releases poly-fluoroalkyl substances (PFAS) into the system. What is alarming is that, according to reports, these harmful PFAS compounds could also be present in the drinking water of more than 200 million Americans. These chemicals can cause various health issues, such as cancer, kidney disease, and congenital disabilities.

You may be eligible for compensation through legal action if you suffer from any of these symptoms due to your exposure to AFFF. Compensation can be sought by filing a claim with the United States Department of Justice.

Watch all the movie from yesmovies

What is the cause of the disease “Irregular menstruation”? 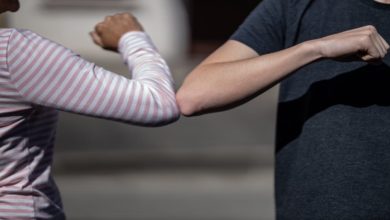 Social Distancing May Take a Toll on Your Mental Health: Here is How to Survive It 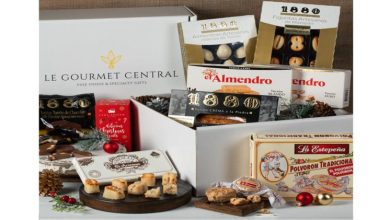 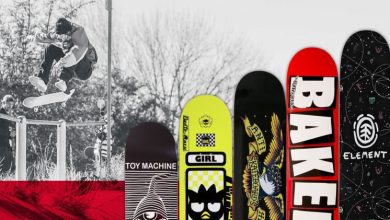 Which is the Best Skateboard Brand?